The ring-necked duck is misleadingly named for the chestnut-coloured ring around the black neck of the breeding male, as is it is barely visible when identifying birds from a distance. The male has a black back, a white triangle in front of the folded wing, an angular head, white bars on the bill and uniformly dark wings. Females resemble scaup and redhead females with the angular head and white band near the bill tip.

Pairing occurs during spring migration so unpaired ducks arriving at breeding grounds are likely non-breeders. Females build nests over water in emergent vegetation on wetland fringes. Female lays an average of nine eggs and incubates them for 25 to 29 days.

Core breeding area is the boreal forest of the Canadian prairies and parts of the Northwest Territories.

Ring-necks winter across most of the southern and coastal United States as well as Mexico and the Caribbean. 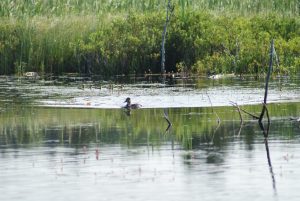 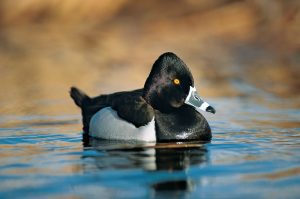 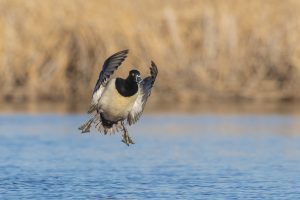 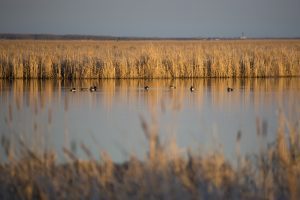 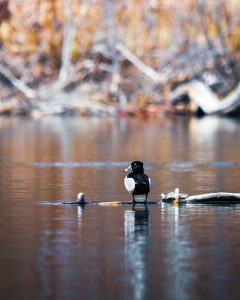