The gadwall, or “grey duck”, is a greyish-brown, mid-sized dabbler. They are most readily identified by the white feathers of the speculum adjacent to the body. Forward of the speculum is a chestnut-coloured patch. Females are identified mainly by their white bellies and similar white and black wing patches. Both sexes have steep foreheads, narrow, greyish-black bills, and yellow legs.

They dabble on the surface for plants and only occasionally diving for food. Eats leaves, stems and aquatic plants.

Gadwall pair in early winter months, but are last to arrive at breeding grounds. Hens lay an average of 10 creamy white eggs in a shallow nest. Incubation period is 26 days and females sit on the nest for 85 per cent of each day. Ducklings fly between 48 and 52 days.

Breeds from New Mexico to the Yukon and Northwest Territories and from British Columbia to Quebec, with increasing sightings in New Brunswick and Nova Scotia.

Winters in the southern United States, Mexico, and coastal estuaries. 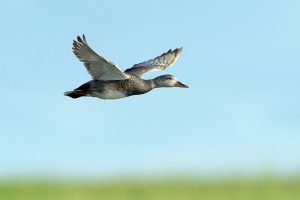 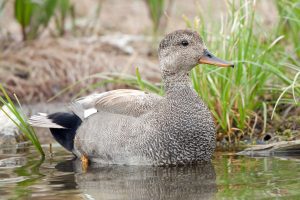 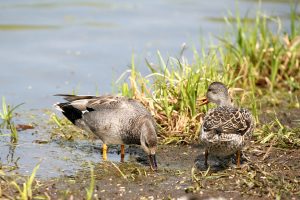 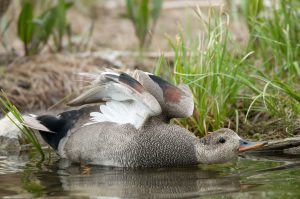 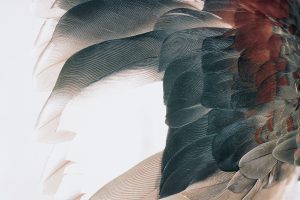