Redhead ducks are medium-sized diving ducks. They have dark eyes circled by a white eye-ring and grey-ish blue bill. Their grey wings have a light grey band, which extends to their primaries.

Redheads feed by diving, gleaning from the surface, or dabbling just below the surface. They eat seeds, buds, and tubers of submergent aquatic plants, as well as larvae, eggs, snails, and other aquatic invertebrates.

They breed in high concentrations in the prairie pothole region, along the shores of Ontario’s Great Lakes and the St. Lawrence River in Quebec and on the island river deltas of the boreal forest. Pair bonds are initiated in late winter, increase during spring migration and peak in late April. Late-nesting and prefers to nest over water in bulrush, cattails, or sedges. Incubation is 28 days and ducklings fly at 60 days.

Redheads winter mainly in the Gulf of Mexico, but can also be found along the Pacific coasts of Mexico and the United States, and along the Atlantic coast from Chesapeake Bay to North Carolina. 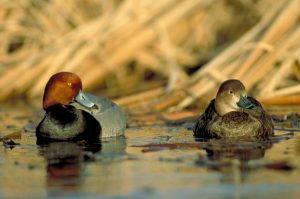 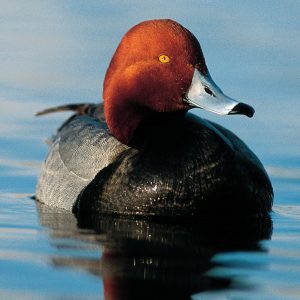 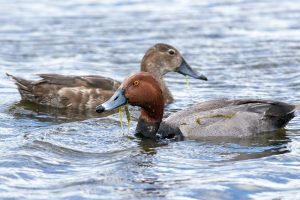 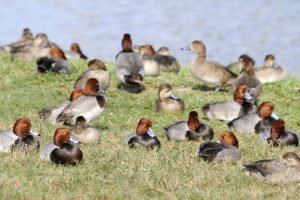 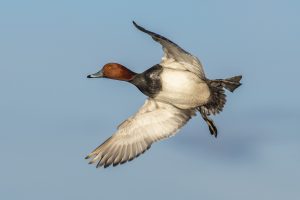