Gearing up for the big ride

Cyclists saddle up for conservation this summer

It’s mid-April, and Théodore Deezar is in Winnipeg on a business trip. While there, he’s taking the opportunity to meet over lunch with another Ducks Unlimited Canada (DUC) volunteer, Kevin McFadden. The two are discussing a subject that’s close to their hearts: cycling. Even closer: cycling to raise funds for conservation.

McFadden is a driving force behind the highly successful Ride to the Lake event, an annual summer fundraiser that he started with fellow Manitoba DUC volunteer and board member Patrick O’Connor. This year marks the sixth anniversary of Ride to the Lake, which has raised more than $607,000 for DUC’s wetland conservation work to date. That event has since spawned several like it across Canada. They’ve become so popular that DUC is hosting a series of cycling events for 2022 under the banner of Ride for Conservation.

Deezar is seeking tips and advice from McFadden that he can translate into the Ride for Conservation in Montreal. Originally from Winnipeg, Deezar grew up waterfowl hunting in the marshes of southern Manitoba, alongside DUC vice-president Roger d’Eschambault, who spearheaded the Montreal Ride last year. D’Eschambault encouraged Deezar to join him as a volunteer and a participant, and he was hooked.

“We held the event the weekend before Labour Day, and did laps of the Formula One racetrack,” says Deezar. “Afterwards, we held a gathering to celebrate and thank our volunteers. We blew past the $25,000 goal we set for the event and hope to grow exponentially from there.”

At 28, Deezar is making it his mission to persuade more young people like him to support conservation, by leaning into his passion for nature and wetlands, nurtured early on by mentors like d’Eschambault.

“Younger people are much more aware than any other generation about the environmental values of wetlands, including the science of how they sequester carbon and function like kidneys to clean our water,” he says. “Gen Z and millennials want to make sure we do things in a sustainable manner, for us and generations to come as we evolve as a society. We want our future to look better and to have hope.”

Deezar sees outdoor events like the Ride for Conservation as a great way to make the connection.

“COVID forced people outdoors to get together so activities like cycling, running, swimming can be conducive to be active and social while supporting important causes.”

Supplementing the tips and takeaways from his chat with McFadden — like obtaining sponsorships from local bike shops and providing moral support for participating riders — Deezar is going to be utilizing technology and relationships to drum up awareness and dollars. “I’ll be proud and loud about our Ride for Conservation on LinkedIn,” he laughs. “There’s a hunger for people to help, but they may not have the time to participate – they can still support a rider or team with a donation.”

Deezar knows that the road ahead will be challenging, however “anything worth doing isn’t easy,” he says. But the message he will convey at this year’s Montreal Ride for Conservation will be.

Conservator magazine delivers beautiful photography and incredible stories from Canada's wetlands in a stunning print edition. Annual subscription with a donation of just $35.

Natural disaster resilience needs to be a focus for communities across Canada that involves actively restoring and managing natural areas. 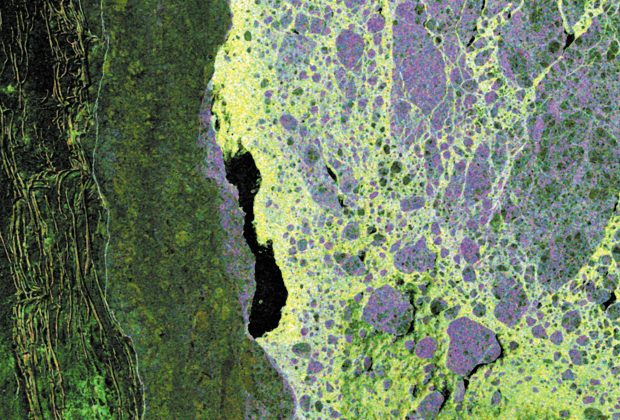 In winter, Hudson Bay is covered in thick sea ice. In spring, the ice slowly begins to melt, creating a patchwork of ice floes and melt ponds.