After a two-year hiatus, the complete Waterfowl Breeding Population and Habitat survey is back for 2022!

Before you pack your decoys and start scouting, tune in to watch waterfowl experts from Ducks Unlimited in the USA and Canada as they dip into the survey results and share their expectations for waterfowl numbers and hunting prospects for the upcoming season.

This live event has passed but you can watch the recording anytime!

Following a two-year hiatus, the Waterfowl Breeding Population and Habitat Survey is back, delivering much-anticipated news for hunters and birders.

Total populations were estimated at 34.2 million breeding ducks in the traditional survey area, 12 per cent lower than 2019’s estimate of 38.9 million and 4 per cent below the long-term average (since 1955).

“It is great to see many regions in the Prairies emerge from drought conditions of the last few years. While that bodes well for future duck production, it is not surprising that breeding season duck population size is lower than pre-pandemic levels,” says Stuart Slattery, national manager of DUC’s Institute for Wetland and Waterfowl Research. “We don’t expect many ducklings to be recruited when conditions are that dry. But duck populations are resilient to these environmental fluctuations and drought helps rejuvenate wetlands, so we typically expect populations to rebound when water returns, as long as the habitat base remains.”

Population estimates of your favourite species 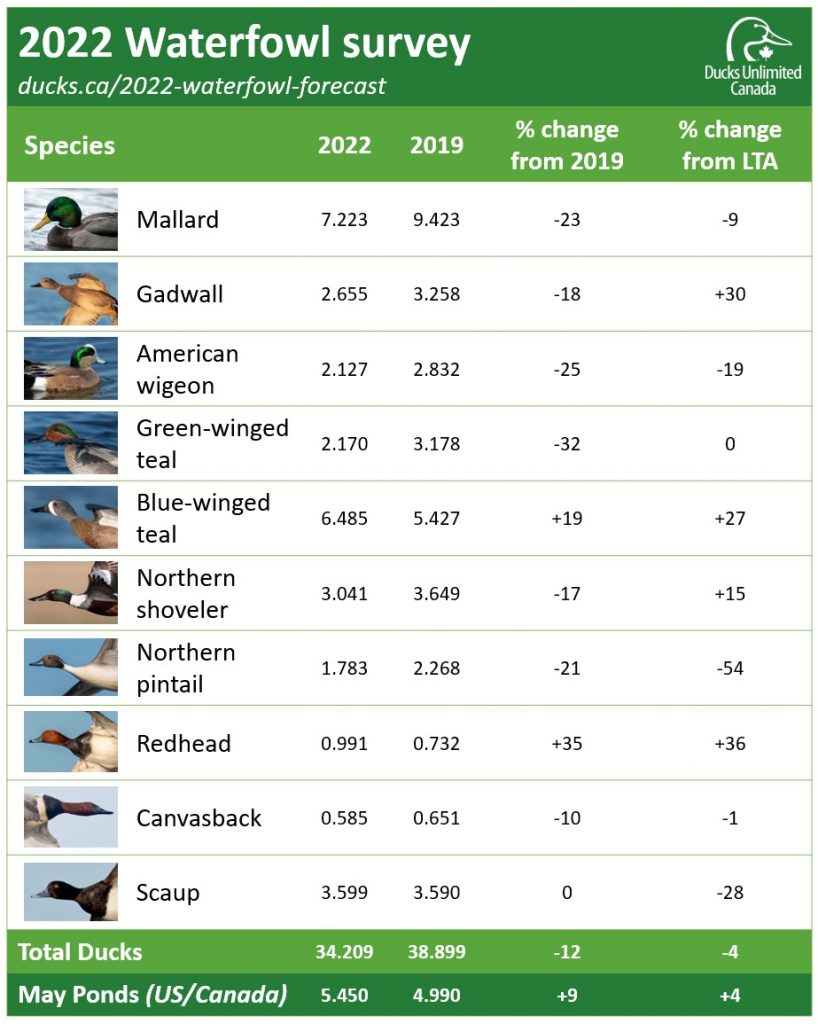 Due to the COVID-19 pandemic, representatives from the United States Fish and Wildlife Service (USFWS) and the Canadian Wildlife Service (CWS) missed out on their field work over the past two years. This created a gap in research that had been building for the past 65 years. However, in May and June, they were once again able to climb into airplanes and helicopters and gather in crews on the ground to examine waterfowl breeding habitat and populations over millions of square kilometres in Canada and the northern United States.

DUC research scientist Howie Singer assisted the CWS with air and ground-based surveys in western Manitoba and eastern Saskatchewan. He was part of a six-person crew, which operated in teams of two. Each team surveyed unique segments of the survey area each day, recording both wetlands and ducks. 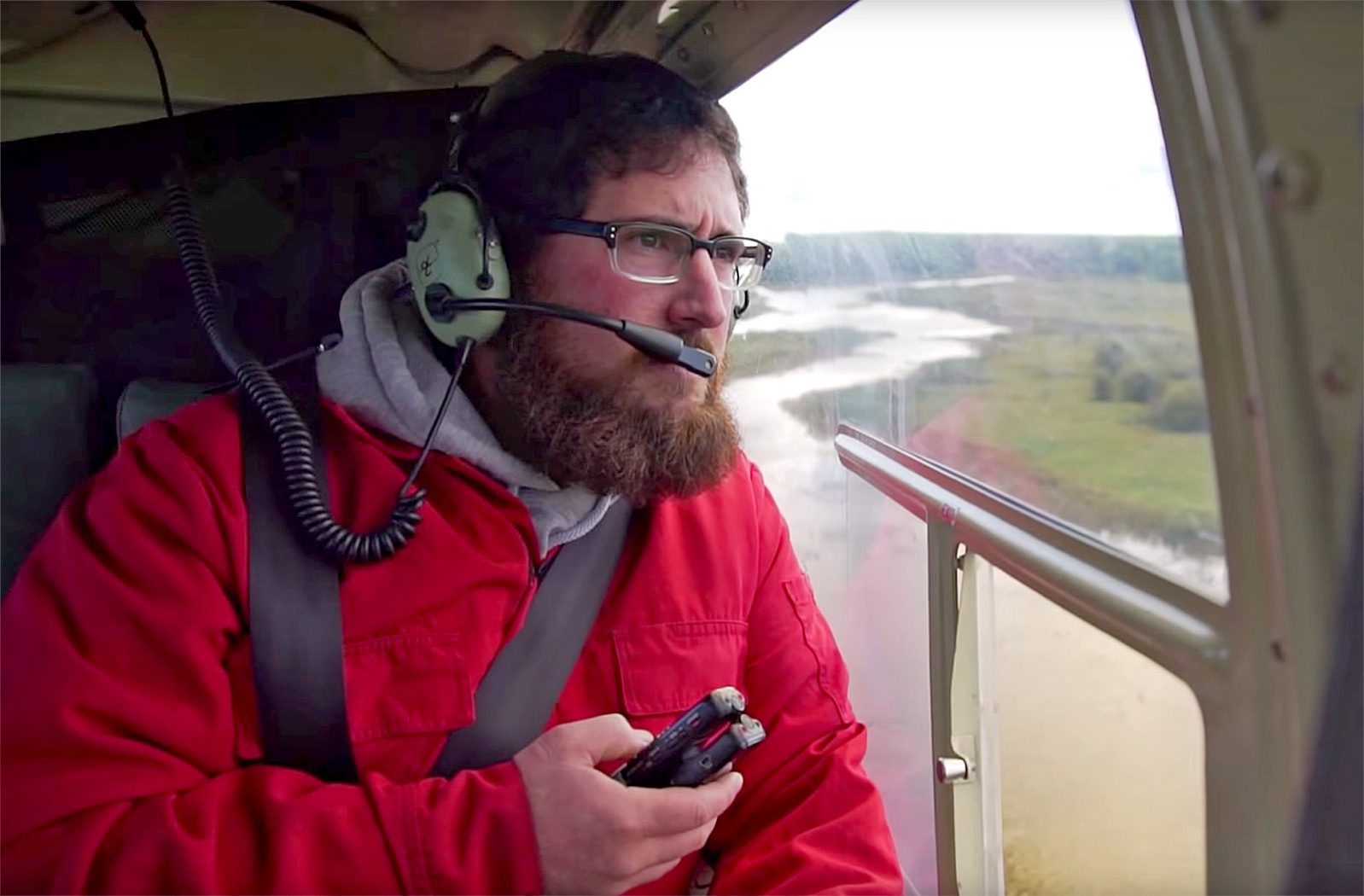 Read more about the 2022 Waterfowl Breeding Population and Habitat Survey

For waterfowl enthusiasts, the return of the spring surveys is cause for celebration for many reasons. Most important is the valuable data these surveys provide, which will help advance conservation science.

Waterfowl’s migratory nature demands that quality habitats exist at every point throughout their journeys. Canadian landscapes, particularly the key breeding grounds of the Prairies and the boreal forest, play a critical role in maintaining these strong populations.

Canada’s prairies are scattered with thousands of shallow wetlands that make up some of the most productive waterfowl habitat in North America. The boreal forest is a vast area covered with rivers, lakes and wetlands that attract millions of ducks, geese and swans every year to breed.