Leading-edge studies underway at the University of Saskatchewan

Under the expert tutelage of Dr. Mitch Weegman, the following students are tackling important research questions related to North America’s wetlands and waterfowl. Learn more about these bright young students and the work they’re doing with the DUC Endowed Chair in Wetland and Waterfowl Conservation at the University of Saskatchewan.

I will be starting my PhD in January 2022, studying Atlantic brant across their annual migration cycle. I’m especially excited about collaborating with the Niskamoon Corporation to collect data on eelgrass health and distribution in James Bay staging areas.

For the past three years, I’ve been a quantitative research associate at the Gulf of Maine Research Institute working on fisheries research, but my background is in waterfowl ecology. I’ve worked with geese and ducks from the Chukchi Sea barrier islands to the flooded timber of Arkansas. I’m excited to get back to working with brant because I did my Master’s research at a Pacific brant breeding colony in the Y-K Delta in Alaska, focusing on the phenologic mismatch between the forage vegetation on the breeding grounds and goose arrival. 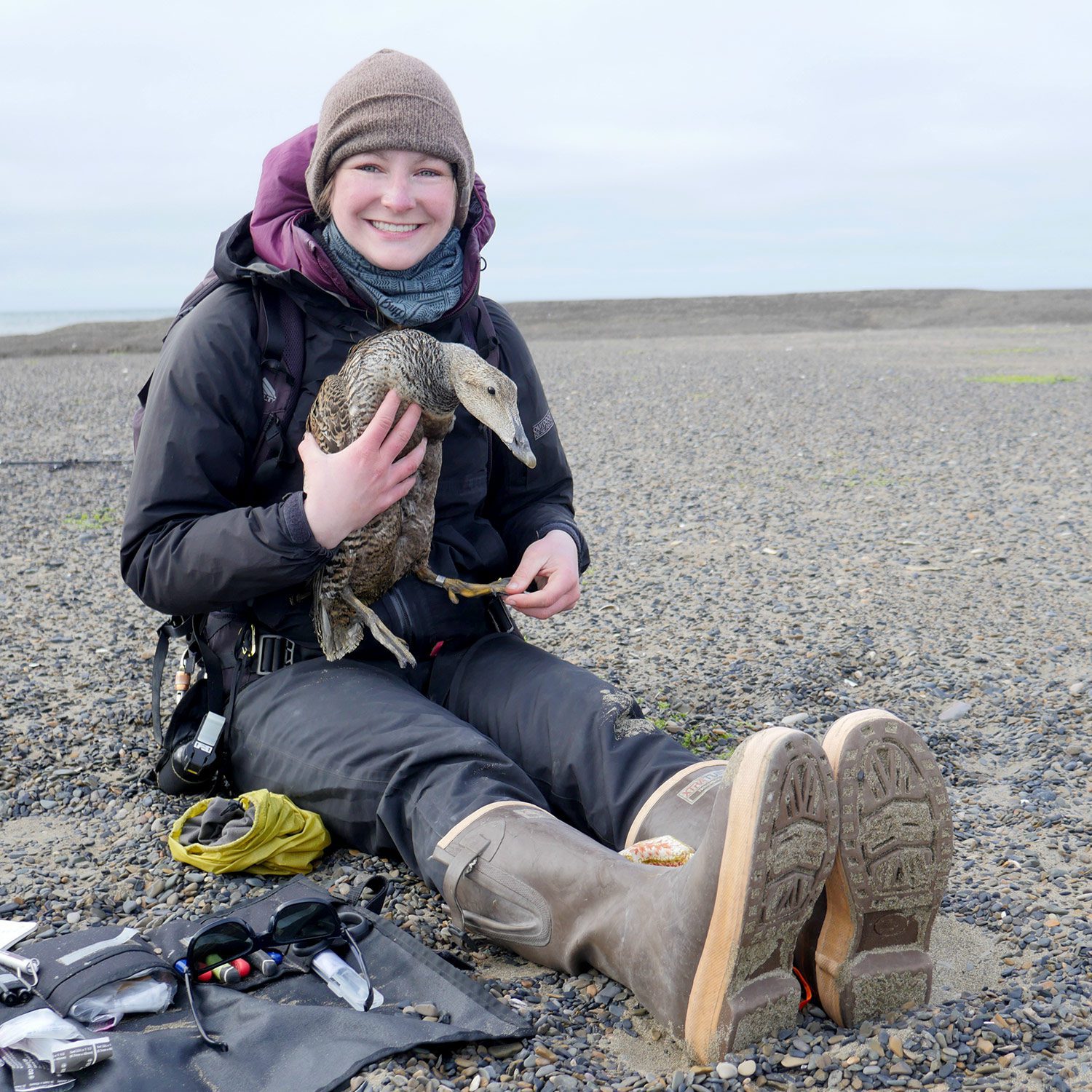 I am a PhD candidate at the University of Missouri, and my research is focused on three shorebird species with contrasting life history strategies: the American avocet, black-bellied plover, and Hudsonian godwit. Shorebirds are in decline worldwide, including in the mid-continent of North America. I am using GPS and GPS-ACC tracking data to learn how the climate and landscape influence individual decision-making and fitness in black-bellied plovers, as well as to characterize the differences in migration strategy among all species and examine spatial patterns of energy expenditure for American avocets.

I think that migratory birds are exciting to study because their long migrations mean they have very interesting stories. Studying and managing for them requires broad collaborations. I grew up in New Hampshire and did my undergraduate degree at the University of New Hampshire, where I had the opportunity to work as a technician on a salt marsh sparrow project. I became very interested in wetland birds after that, which eventually led me to pursuing a PhD at the University of Missouri. 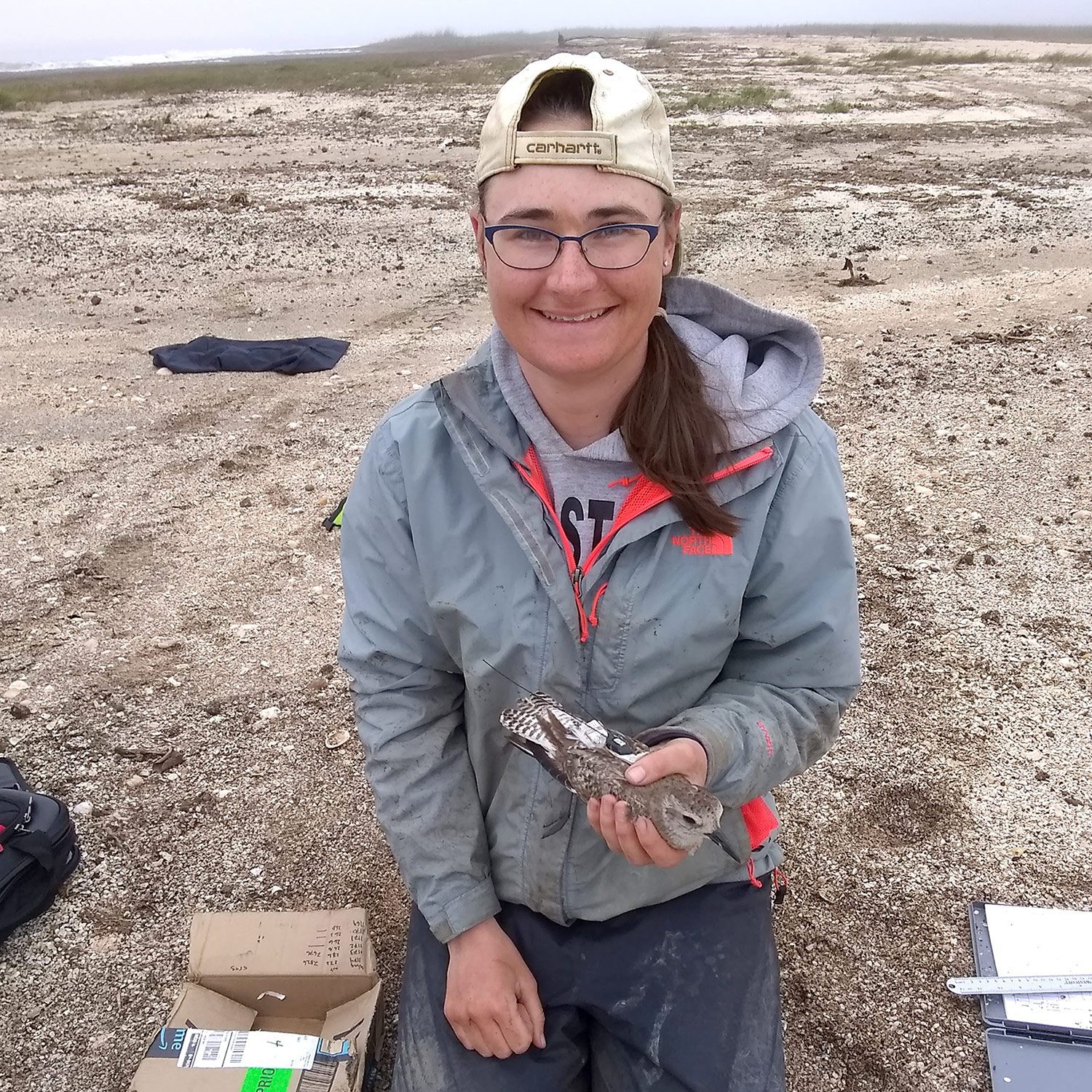 An Atlantic brant colour-marking and resighting program began in 2018, where birds are captured and marked with colour bands on Canadian Arctic breeding areas and Atlantic coast wintering areas, then resighted alive on wintering areas. We are testing different marking and resighting scenarios to help wildlife managers understand the feasibility, trade-offs, and utility of a longer-term mark-resighting program for Atlantic brant.

I grew up hunting and fishing with my family in upstate New York and have always been passionate about the outdoors. I was drawn to pursue a career in wildlife biology to help manage and sustain wildlife populations and hunting opportunities for generations to come. 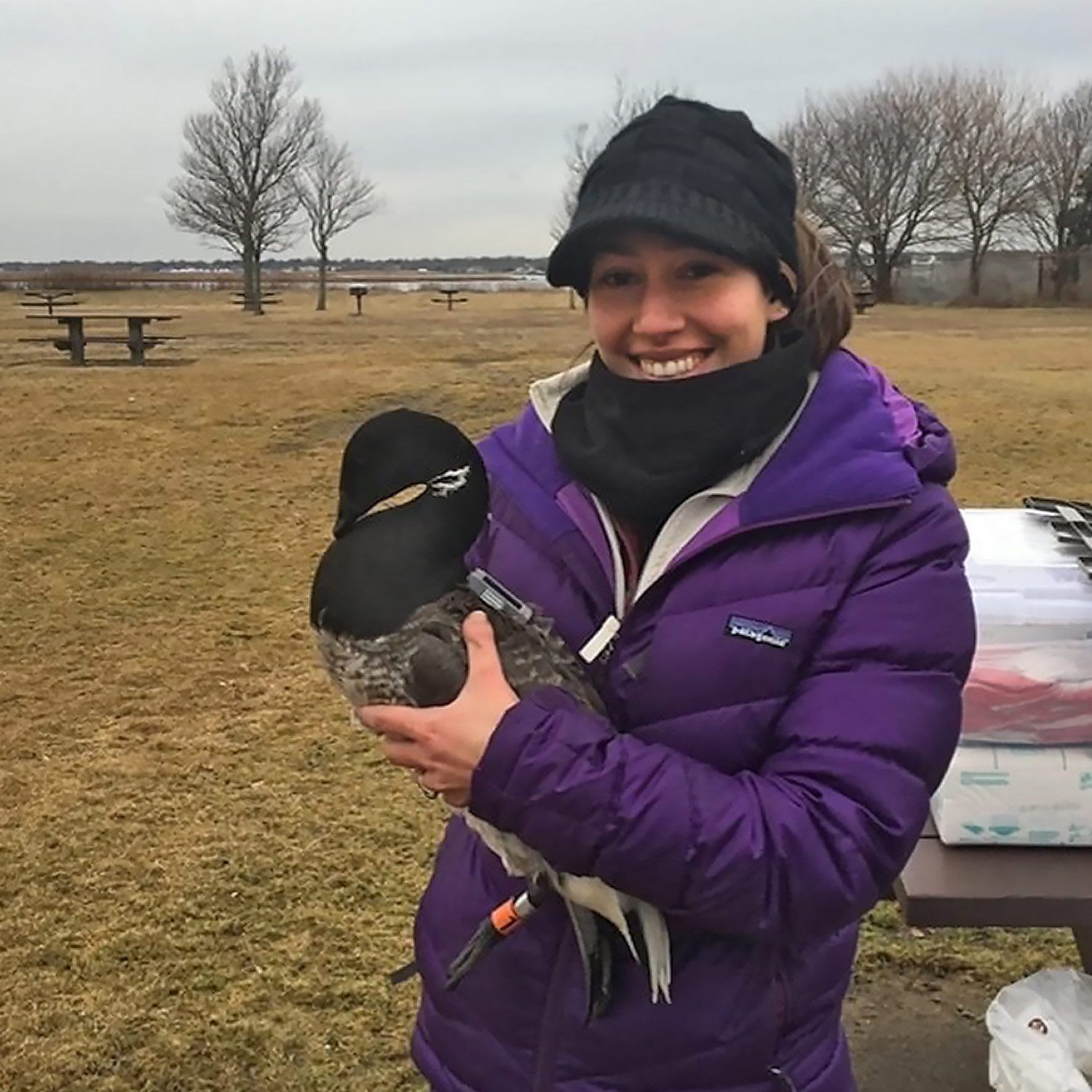 For my PhD research, I am working on American black ducks, an eastern North American species that is highly valued by hunters and a flagship species for Atlantic tidal marshes. Populations decreased by 50 per cent between the 1950s and 1980s, and although populations in the Atlantic Flyway have now stabilized, they have never recovered to historic levels.

I am working with federal and state collaborators in the Atlantic Flyway to deploy 500 state-of-the-art tracking devices on black ducks during winter. The devices will collect both location and acceleration data, which I will use to quantify movements and use of wetlands during the breeding season, develop detailed time activity budgets of behaviour, determine previously unknown reproductive metrics in the boreal breeding area, and quantify drivers of reproductive metrics during the breeding season and throughout the full annual cycle.

I grew up on a farm near Saskatoon. I was fascinated by nature, particularly birds, from a young age. Beside insatiable curiosity, I am driven by a desire to make a positive impact on conservation and ensure future generations can enjoy all the amazing creatures and landscapes that have filled my life. 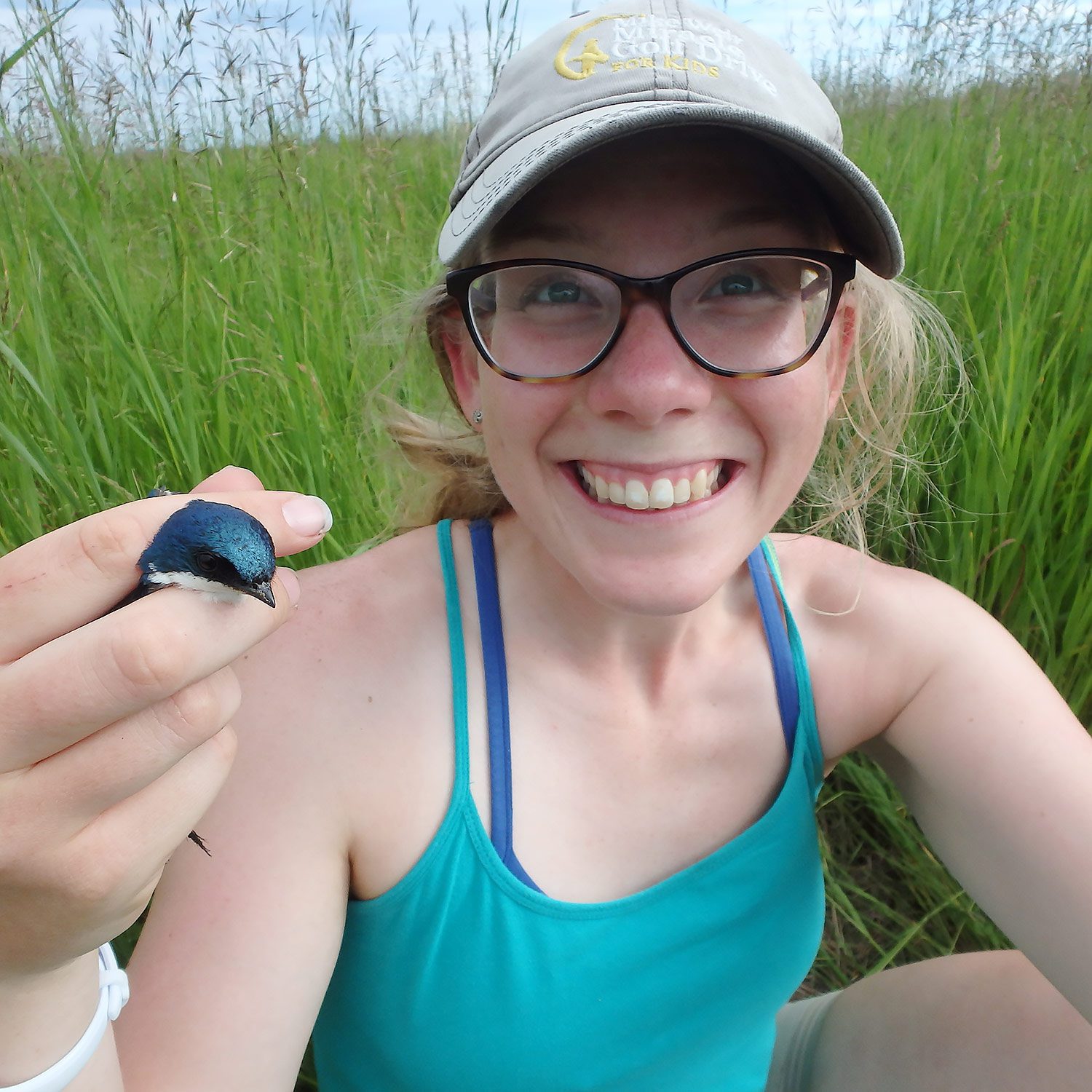 I am a PhD student studying eastern mallards in the Atlantic flyway. By attaching GPS tracking technology to a subset of mallards, I aim to determine movement, survival, and habitat use, comparing sub-populations of mallards and collaborating with other projects to consider differences across species of duck.

Mallards are an interesting species of study due to their management history, the release of domestic stocks, and their importance for hunters. We aim to incorporate genetics into our study and determine the causes of variable survival and reproduction across mallard sub-populations. Updating our understanding of demographic rates and productivity across sub-populations will help inform appropriate management scales and harvest strategies.

I am from Markham, Ont. and am an avid birder and wildlife enthusiast. 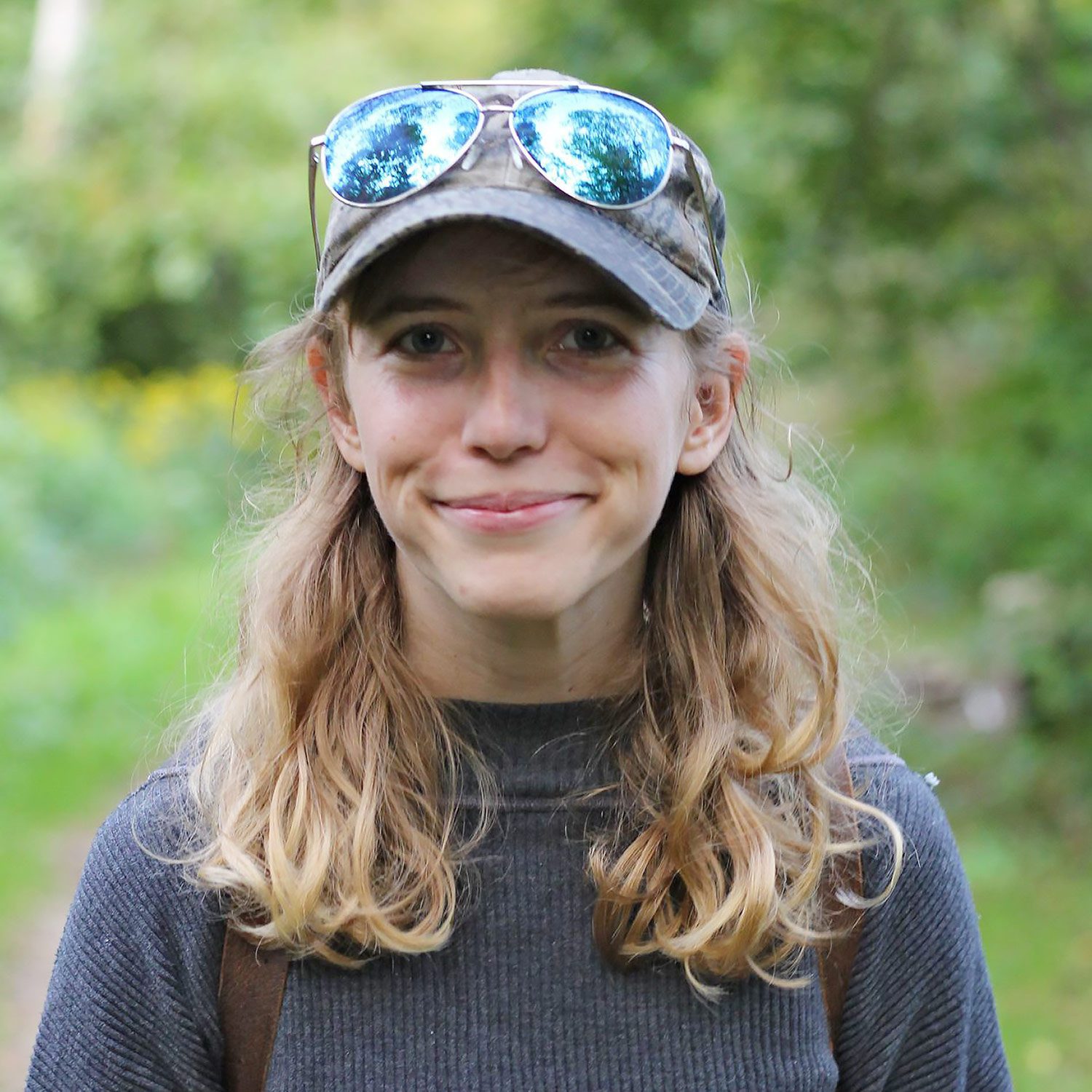 My graduate research project involves exploring how both individual-level and population-level processes drive abundance changes of Greenland white-fronted geese. In my research, I combine data collected from GPS-acceleration devices deployed on captured individuals and long-term population monitoring to fill existing knowledge gaps by quantifying Greenland white-fronted goose movement rates and metapopulation dynamics across their wintering range, examining the fitness consequences of decisions made by individual geese throughout their annual life cycles, and identifying environmental drivers of variation in wintering range abundance. We hope these analyses will inform conservation management of this at-risk subspecies, and aid in ascribing conservation practices that maximize Greenland white-fronted goose abundance.

I am in my third year as a PhD student in the Weegman lab. I am originally from Lexington, Kentucky. Growing up, I’ve always had a curiosity and passion for wildlife and the outdoors and am excited for the opportunity to participate in research projects that help improve ecological knowledge and create lasting conservation impact. 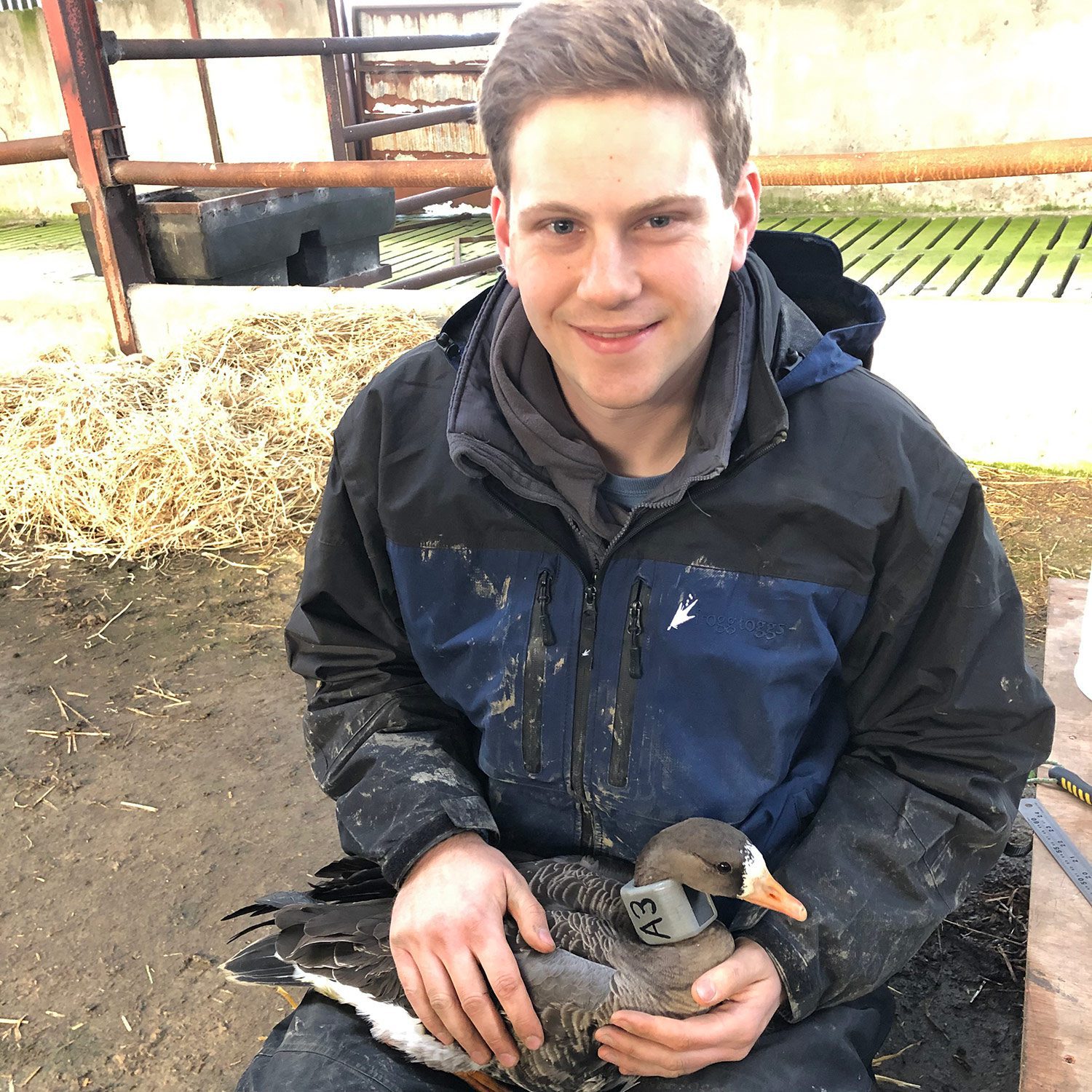 I am working on a collaborative project to compare migration strategies of populations of greater white-fronted geese. This species is globally distributed, but each population faces different challenges as individuals migrate towards their breeding areas in the Arctic. For example, some populations migrate across large water bodies with few options to stop and refuel, while other populations travel completely across land and have many opportunities to restore energy reserves by foraging in agricultural areas along the way.

Using GPS and accelerometer data from individually tagged geese, we are gathering information on stopover sites used for refueling by seven different populations across the globe. We aim to gain a better understanding of how the use of stopover sites contributes to productivity on the breeding grounds across populations and identify important stopover sites that promote increased breeding success. We will also get a better understanding of the flexibility of the species as a whole when faced with differing environmental challenges.

I am originally from Ohio, and I have lived in a variety of places across the U.S. while working on ecology research projects. I recently finished my PhD at the University of Wisconsin-Madison, where I studied the effects of climate change and loss of snow cover on a winter-adapted bird, the ruffed grouse. Understanding how individual animal behaviour influences population dynamics, especially in the face of changing environmental conditions, and how we can use this information to benefit conservation, is of particular interest to me. 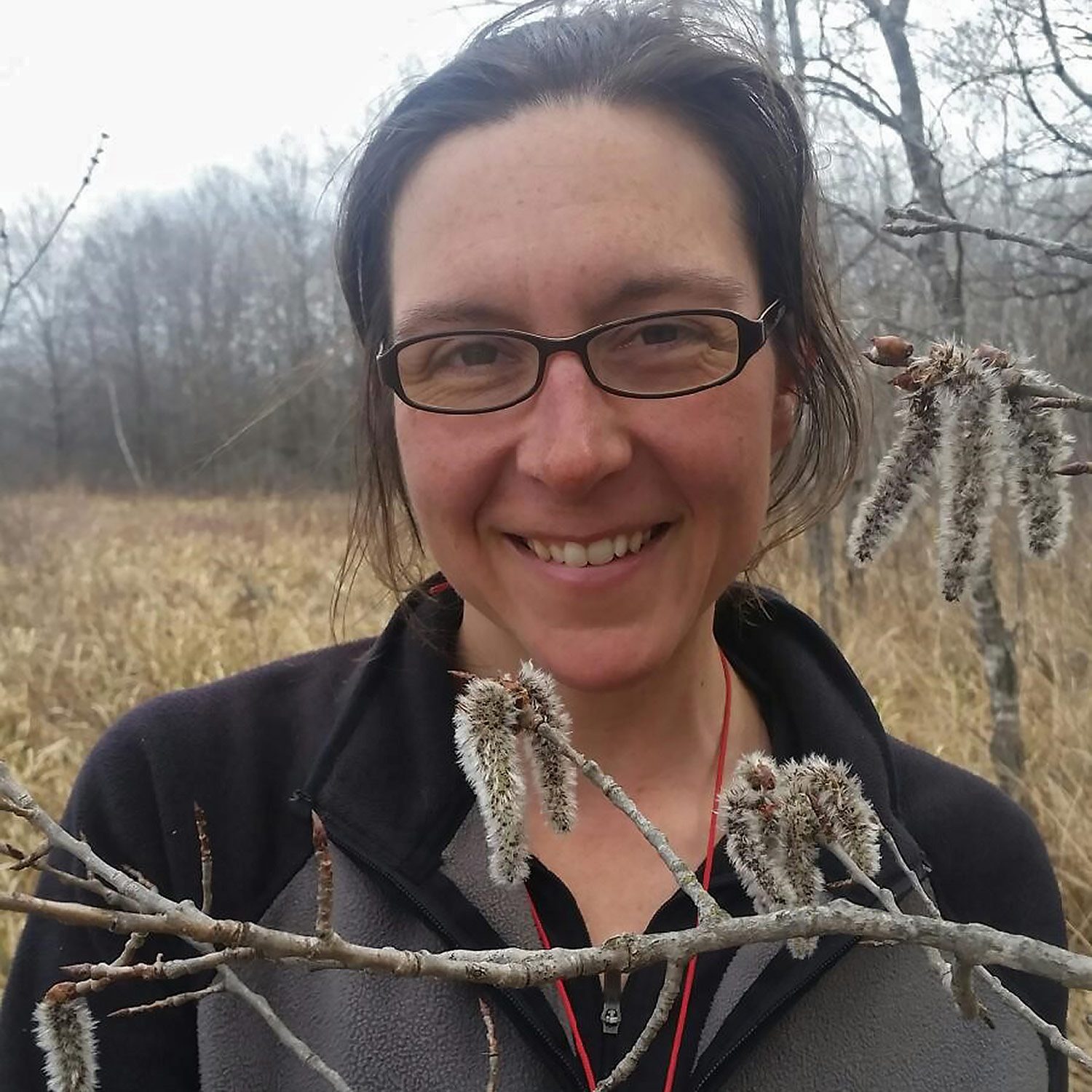 My current research is part of a large, collaborative project on greater white-fronted geese across the globe. In particular, I study the mid-continent population, which nests in the Arctic and winters in Mexico, the southern United States and parts of the midwestern United States.

My research looks to compare a number of migratory and behavioural characteristics with reproductive propensity and success to evaluate the ways in which migratory behaviours manifest themselves into the geese’s full annual cycle. We have deployed over 100 GPS/accelerometer collars on female white-fronted geese across the last three years. These collars continuously monitor the birds’ location as well as acceleration data regarding the ways in which the collar is moving. We use this information to determine the behaviour the goose is undertaking at that time. From this, we look to determine if there is a link between the geese’s behaviour and movements during the winter and their reproductive success during the summer. We are also planning to evaluate harvest and mortality of our collared females and the similarity to the same rates of banded females to determine representativeness of the banded sample as well as harvest distribution across the wintering region.

I am from Kentucky but completed my undergrad at the University of Tennessee and my master’s degree at the University of Arkansas at Monticello. Growing up as an avid waterfowl hunter gave me both the respect and admiration of these awesome birds and is what drove me to want to research them. 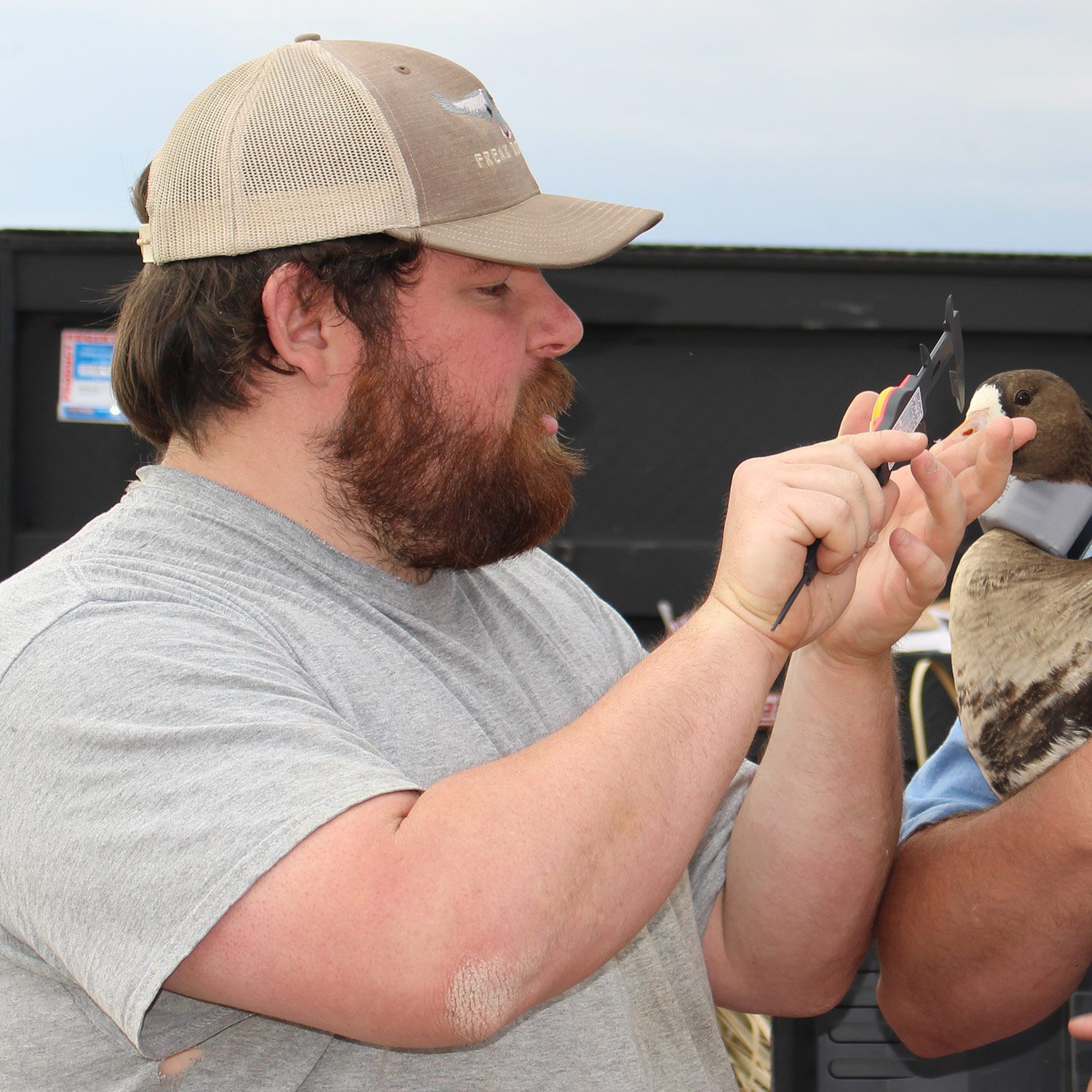