Lesser scaup wetlands with large quantities of submergent and emergent vegetation, which are important for feeding, nesting and cover.

They make short dives for food. Food is either taken from the water column or by shoveling through soft bottom substrates. They feed on aquatic invertebrates like amphipods, midges, clams, snails, and zebra mussels in the early breeding season and seeds from aquatic plants in the late summer.

Lesser scaup begin courtship in December, continue through spring migration and are paired by the time they reach their breeding grounds. The average clutch size is nine eggs and incubation lasts between 21 and 27 days. Ducklings can walk, swim and dive almost immediately. Broods will sometimes create large groups with many ducklings. Ducklings are able to fly at 47 days.

Lesser scaup arrive on their breeding grounds from Alaska, British Columbia, across the Canadian prairies and into the northern Great Plains of the United States from late March to early June.

Lesser scaup winter in the southern United States They are among the first ducks to head north in spring, and some of the last to venture south for winter. 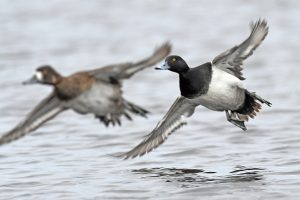 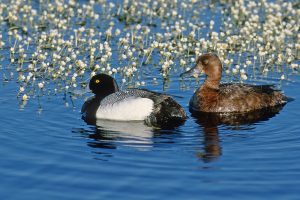 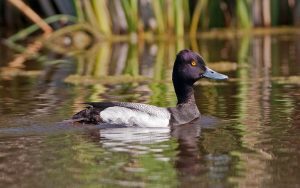 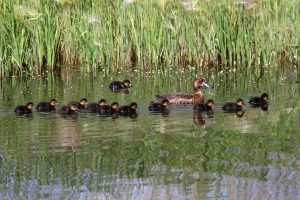 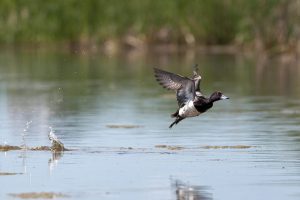