One of the first ducks to return to breeding grounds in spring; they arrive in breeding pairs as soon as open water is available. The hen will lay one egg a day for a full nest of 8-12 eggs often near the site where she herself hatched. Hens will re-nest up to four times if a nest is destroyed or abandoned. Hens incubate eggs for an average of 28 days and lead their broods to wetlands within 24 hours of hatching—staying with their brood until they are able to fly at about 8 weeks of age.

Mallards breed throughout majority of Canada and United States (Canadian breeding range expanding in east and north due to natural expansion and introduction by humans).

They winter in United States, northern Mexico and southern Canada (as long as open water and food are available). Most widely distributed dabbler in the world also breeds in Europe and Asia. Most abundant North American duck. 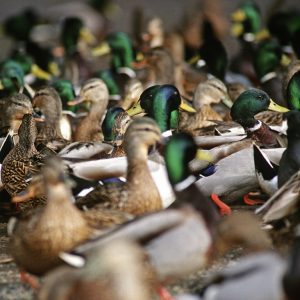 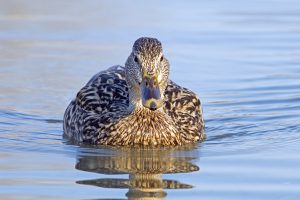 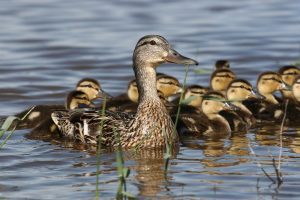 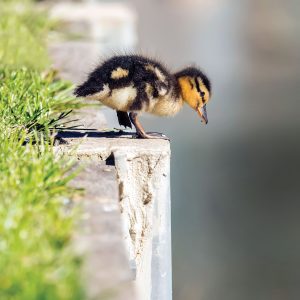 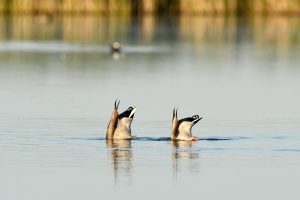