Ruddy ducks are one of the smallest ducks. Their tail feathers are often held erect above the water. The male ruddy duck’s upper body, neck and sides are a deep chestnut. They have dark brown wings, a white belly, a sky-blue bill, white cheeks and a black-capped head. The female’s cheek patch has a single dark line through it. She has a slate-grey bill, no black cap, and a grey-brown body.

Males migrate to breeding grounds before females and pair shortly after. They are a more aggressive duck, defending the breeding and nesting territory. Average clutch size is eight large eggs. Incubation is about 25 days. Ducklings are able to fly at 42 to 49 days.

Ruddy ducks who breed in the Canadian Midwest and the northern United States are migratory. Some in the southwest United States and Mexico stay there year-round. 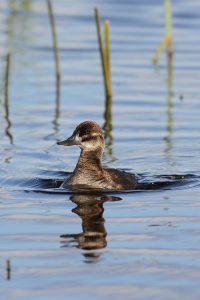 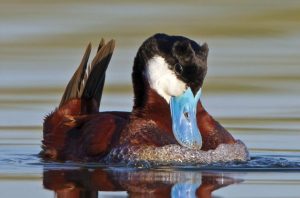 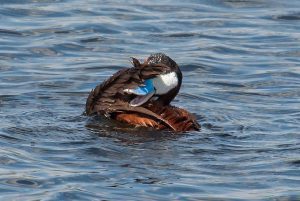 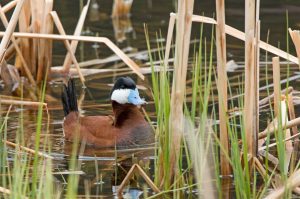 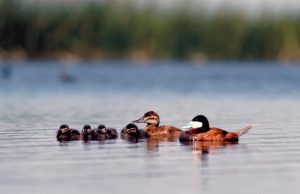