How do you keep a group of intrepid, water-loving muskrats from carrying out serious damage at a historic DUC project? It’s a question DUC staff found themselves tackling last year.

For the answer, DUC technologist Devon Chubey looked to equipment commonly used by prospectors, archaeologists and contractors. Instead of searching for gold nuggets and buried relics, DUC staff used ground penetrating radar (often referred to by its acronym, GPR) to identify muskrat tunnels at DUC’s oldest conservation project in Saskatchewan.

Located south of Prince Albert, Sask. near Kinistino, Waterhen Marsh is a 4,100-acre (1,659-hectare) wetland that’s supplied waterfowl and other wildlife with important habitat since 1938.

Water’s kept in the marsh by a mile-long earth dam. “The dam looks like a narrow gravel road,” says Chubey. Four bays built into the control structure allow DUC staff to regulate water levels at Waterhen Marsh. But last spring, a local landowner discovered the dam was leaking. He notified DUC.

“When we learned of the breach, we had a local contractor go out to repair it immediately,” says Chubey, who’s thankful for the landowner’s quick action in notifying DUC. “Our relationships with landowners are absolutely critical,” he says. “We couldn’t do what we do without them.”

As contractors worked to seal the hole in the wall of the dam, a disturbed muskrat popped its head out. “At that point, we had a pretty good idea at what had caused the problem,” says Chubey.

“Muskrats can cause a lot of destruction to a project,” says Chubey, who explains that the rodents will use their industrious paws to tunnel through DUC’s earthen dams. The muskrats’ goal is simple: build a den near the water. In the process, their underground system can weaken the integrity of a man-made dam.

An economical (and innovative) response

Lining an earthen dam with gravel, fencing or other materials might prevent muskrats from tunneling their way into the structure, says Chubey. But it would cost hundreds of thousands of dollars at a larger project, like Waterhen Marsh.

Chubey’s suggestion: attack the problem with GPR. “It was an economical option that allowed us to identify problem areas where muskrats had tunneled and then fix those specific areas,” he says.

The GPR applications is pretty simple. An operator guides a GPR along the ground. From a distance, it looks like they’re guiding a push lawnmower. As the operator manoeuvres the device, it emits radio signals into the ground.

When the signal hits an object or recognizes a change in ground density (like a pocket of air, where a muskrat has built their den), the signal will bounce back. An antenna records the variation in the returning signals. By monitoring the fluxes, operators can better understand what’s happening underfoot and out of sight.

Using this technology, DUC staff were able to identify the muskrat tunnels at Waterhen Marsh and repair them. “With more research, this is a technology that could play an important role in Saskatchewan,” says Chubey, noting that these dam systems, used to hold and manage water levels, are found on many DUC project across Saskatchewan.

As for the muskrats? They’ll need to find a new waterfront home and more welcoming landlords. 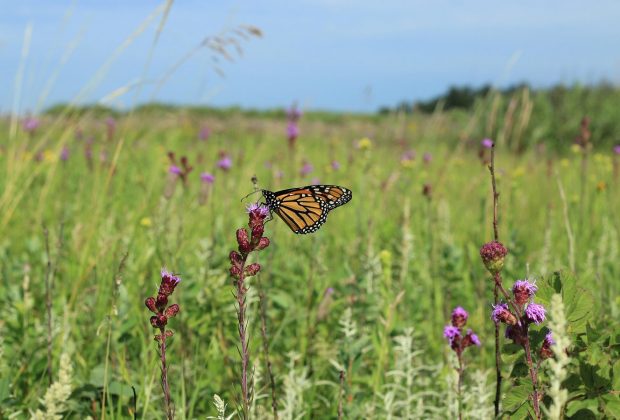