The American wigeon was formerly known as “Baldpate” because the white stripe on the head resembled a bald man’s head. They are a medium-sized dabbling duck. Breeding males have a white crown and green band stretching from the eye to the back of the head, and white and green wing patches. Females are brown and grey with a white wing patch that is more dull and reduced than the male’s.

The American wigeon is the most vegetarian of the dabbling ducks – the special structure of its bill enables it to exert great force at the tip of the bill, enhancing its ability to pluck vegetation. During the non-breeding period, as much as 97-100% of its diet consists of plant material. Animal matter comprises 18-41% of its diet during breeding season. American wigeons prefer shallow freshwater wetlands, including ponds, and rivers.

Pair formation begins during migration to wintering grounds and continues during winter. Often, nests are built a considerable distance from water. The hen lays one egg a day for an average clutch of 8-9 eggs. Hens alone incubate the eggs for about 25 days and young leave the nest with the hen within 24 hours of hatching.

The American wigeon can be found all over northwestern North America. Their breeding grounds span from Alaska, through the tundras of Canada, all the way to the Atlantic Ocean. In 2009, an estimated 2.5 million breeding wigeon were tallied in the traditional survey area. In recent decades, numbers have declined in the prairie pothole region of Canada and increased in the interior and west coast of Alaska.

American wigeon are among the earliest waterfowl to reach their wintering grounds. They inhabit areas of southern Alaska and British Columbia and throughout much of the United States and Mexico. It is also found in the Caribbean and along the Pacific coast of central America. 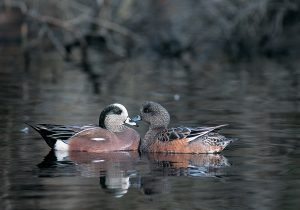 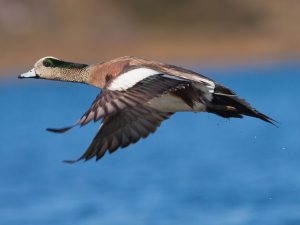 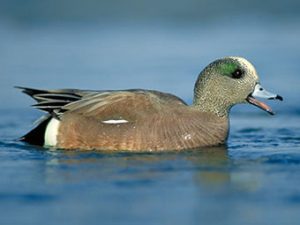 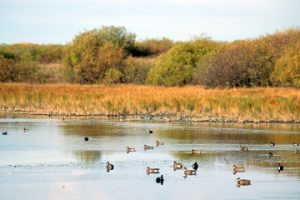 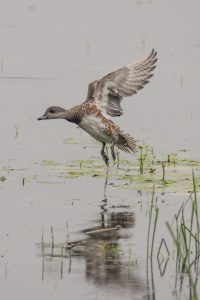