The cinnamon teal is a small dabbling duck. The male has a cinnamon-red head and body with a brown back, a red eye, and a dark bill. The female has a mottled brown body, a pale brown head, brown eyes, and a grey bill. The female is very similar in appearance to a female blue-winged teal, however its overall colour is richer and its bill is longer. Young males resemble a female or a blue-winged teal, but the eyes are red.

They breed in the western United States and southwestern Canada.

Most winter in northern South America and the Caribbean, generally not migrating as far as the blue-winged teal. Some winter in California and southwestern Arizona. 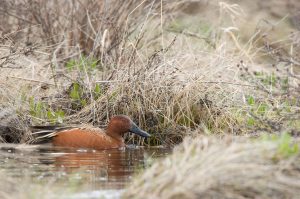 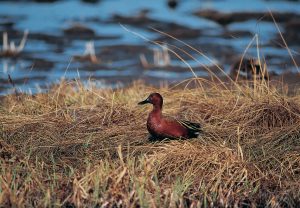 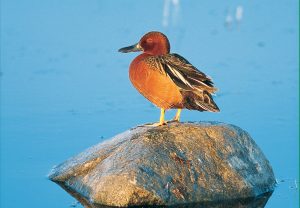 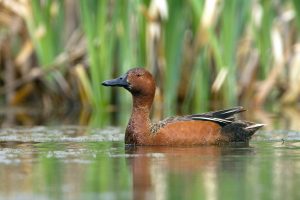 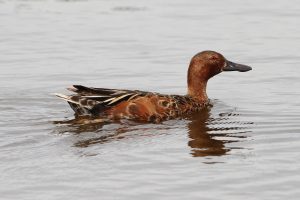