Salmon plays an important role in the culture and heritage of the Pacific Coast.  A rich food source for people, and more than 120 other species or birds and mammals – it sustains us, both nutritiously as well as economically.

The salmon fishing industry is one of our largest and most successful in British Columbia. Healthy numbers can translate into a sustainable future for generations to come.

The success of the salmon relies on several factors that are balancing a fragile ecosystem. One important factor is the quality of the water in our rivers and estuaries – something that DUC knows well. Wetlands teach us how water can be filtered and cleaned naturally, providing fresh habitat for waterfowl, salmon and many other species that call our wetlands home.

The Quatse River estuary is considered one of the top 10 estuary habitats on Vancouver Island. It provides critical rearing and spawning habitat for Pacific salmon. This area is one of a few estuaries that see the life cycle of all seven species of salmon in British Columbia in its waterways. It also provides wintering habitat for thousands of migratory birds.

In the summer of 2016, a concern was raised that water temperatures were too high for the health of the salmon, and could affect other species that rely on the salmon for nutrition. Research conducted by DUC and Vancouver Island Conservation Lands Management Program shows that in the summer months, water temperatures in a lagoon held by a log weir can reach 22 degrees Celsius or higher. This confirmed that the temperatures were too high for healthy salmon habitat.

DUC, with funding from Environment and Climate Change Canada, developed a plan to replace the log weir with a Newbury (rock) weir. The lower weir will provide more accessible fish passage, assisting in the natural life cycle of the salmon. Small trees and shrubs were added to provide cooling shade along the banks of the lagoon, and to create protective fish habitat with tree branches. The project was completed in March, 2017.

The true results of this project will come this summer, but the improvements can be seen already. There has been an increase in tidal flow throughout the day, replenishing the lagoon with cooler, more nutrient-rich water.

The revitalization in water quality will also sustain the waterfowl that call the area home, and the migrating birds of the Pacific Flyway while they rest on their journeys. Science and research allow us to ensure these areas continue to support the thousands of species of birds, fish, mammals, insects and plant life that rely on wetlands for survival. 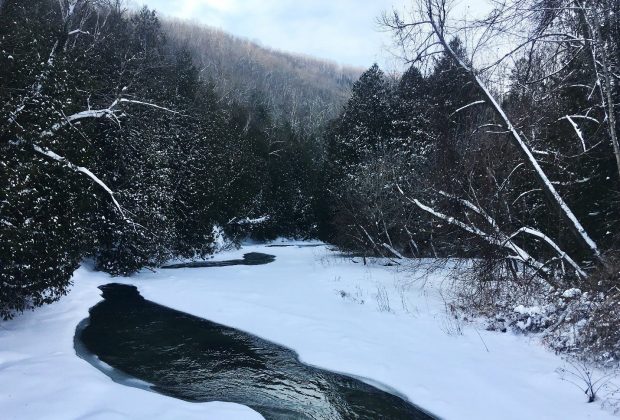