It’s May 18, and people around the world are celebrating International Migratory Bird Day. At joint ceremonies in Ottawa and Washington, the North American Bird Conservation Initiative releases the long-awaited The State of North America’s Birds Report 2016.

And 9,000 kilometres from his home in Tokyo, Hobun Ikeya sits in a boardroom at Oak Hammock Marsh, listening intently to a presentation about crop damage prevention: one of Manitoba’s provincial waterfowl management programs.

Ikeya, president of the Ecosystem Conservation Society of Japan, is here with a handful of society delegates and Kenichi Yoshiya, their U.S.-based interpreter and executive director of the society’s Virginia office, to learn more about North American conservation programs and partnerships.

Today, they’re at the tail end of a whirlwind U.S./Canada tour that began with tours of North American Waterfowl Management Plan projects along the Carolina Coast. So far, they’ve had a bird’s eye view of prairie pothole wetlands, toured conservation projects, met farmers, got close to garter snakes at Narcisse and invasive carp at Delta Marsh, enjoyed a home-cooked meal of wild game, and heard from many experts.

It’s an experience worlds away from their home country, where Ikeya and other Conservation Society members are rallying hard to protect and restore dwindling natural landscapes, and the wildlife that depend on them.

But they’re in a race against time and the economic forces that dictate how these natural areas get used. Factories, industrial parks, highways, dams and other infrastructure usually win at the expense of the ecological goods and services healthy ecosystems provide.

“Before industrialization, Japanese people loved nature – living with nature was our tradition,” says Ikeya. “We started to ignore tradition in favour of economic development and nature became an afterthought. We are hoping to revive these lost traditions to get people to appreciate nature again.”

In Japan, when agricultural land is no longer farmed, it is rarely converted back to its natural state.

Kehoe hosted the Japanese visitors while in Manitoba. “Remarkable to them was the extent of the landscape and the sheer size of the Canadian Prairies, which they could appreciate from the aerial tour of southwest Manitoba’s pothole region,” says Kehoe. “In Japan, they can’t see the horizon due to the mountain ranges.”

Seeing through their eyes, Kehoe says he had many powerful reminders about Canada’s incredible natural wealth.

“They were in awe of the richness, diversity and availability of wildlife that we take for granted,” says Kehoe. “They saw eagles and songbirds in residential areas, cattails in the city, wild turkeys in the country.”

The group were also interested in how much revenue North America’s hunters generate for conservation through duck stamp purchases, for example.

“It was a new and novel concept to them,” says Kehoe.

On this last full day of the tour, Ikeya is able to reflect on his experiences. He’s diplomatic on the subject of garter snakes (“I don’t like or dislike them, I’m somewhere in the middle.”) but now holds a strong belief in the value of conservation partnerships.

“The most impressive thing we learned was to see what organizations like DUC have been doing a wonderful job of working with government and farmers,” Ikeya says. “I admire them for their work.”

Ikeya says he and the rest of his group will share these stories of successful conservation both at home and internationally.

When the day is over, he’ll present each of the speakers with a scarf, imprinted with drawings of Japanese crested ibises and Oriental storks: two bird species no longer found in Japan. For Ikeya, it’s a small gift with profound meaning, on a day that celebrates the world’s migratory birds.

“We are facing a ‘Silent Spring’ in Japan,” says Ikeya, referring to the 1962 book by environmentalist Rachel Carson.

“Wild birds have disappeared. Soon there will be no birds singing in Japan.” 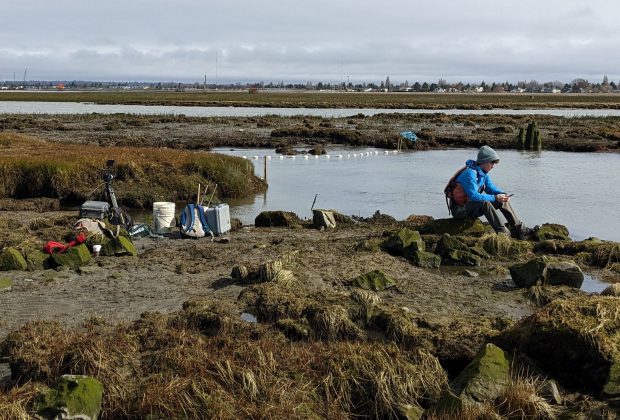