To a mallard hen flying overhead, the limestone building with its grass-covered roof blends seamlessly into the surrounding prairie landscape. It’s a safe place to build her nest.

To a bright-eyed school kid, the wooden boardwalk stretching out into the inky marsh water invites exploration. It’s an outdoor classroom filled with learning and discovery.

To a visiting biologist studying the interconnectivity of wetland species, the buzzing of dragonflies and calls of songbirds are opening doors to the next great discovery about the natural world. This habitat, and society’s understanding of it, is key to our future.

For the past 27 years, this unique destination known as the Oak Hammock Marsh Interpretive Centre has operated alongside DUC’s national office, welcoming wildlife and people to its locale just outside of Winnipeg, Man.

Managed jointly by DUC and the Province of Manitoba, the Centre offers educational programs for school groups and tourists through a variety of guided activities, as well as interactive exhibits and displays. This fall, the Centre is embarking on a new era—one that includes a new name and exciting plans to elevate the experience.

On September 10, 2020, it was announced that the Oak Hammock Marsh Interpretive Centre will be re-named the “Harry J. Enns Wetland Discovery Centre” as a testament to the people and partnerships that make its work possible.

Harry J. Enns was a Manitoba politician who served as Minister of Natural Resources during the time that the Oak Hammock Marsh Interpretive Centre was proposed, and subsequently built. He—alongside many others including past DUC presidents Claude Wilson and John Eaton, as well as executive vice-president emeritus Stewart Morrison—was a strong proponent of establishing the Centre at Oak Hammock Marsh which, at the time, was met with significant controversy.

Watch video from the official announcement

As part of the announcement, the Province of Manitoba shared details of its long-term funding agreement with DUC in support of the Centre. This includes a $6-million endowment for the ongoing operation of the Centre, as well as a $1.5-million capital renewal fund to support a comprehensive update and re-imagination of the Centre, its programs and facilities.

“The funding will allow us to leverage the best in conservation science and education, inspiring a new generation to take up the cause,” said Guyn.

Funds from the capital renewal fund will be invested in creating new interactive programming that integrates the surrounding natural environment.

A legacy shaped by passionate people and strong partnerships

In the spring of 1993, Harry Enns stood alongside DUC representatives and other conservation partners as the Centre officially opened. Since then, their collaborative efforts have helped instill the importance of environmental education and stewardship within the hearts and minds of hundreds of thousands of people who have passed through the Centre’s doors.

While the name of the Centre may be changing, we’re committed to delivering the same great experience visitors have come to know and enjoy.

We hope to see you soon at the Harry J. Enns Wetland Discovery Centre. 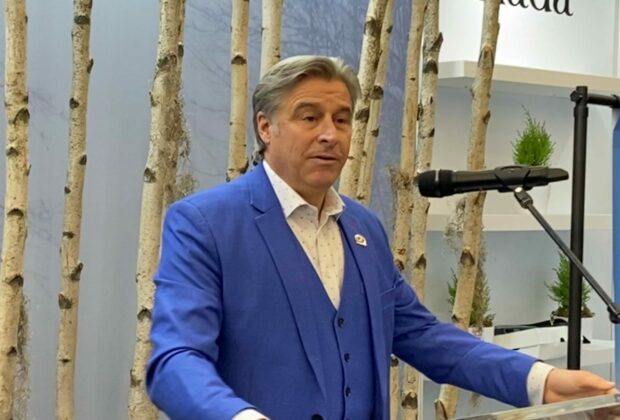